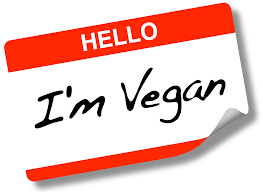 I have NOT been a vegan all my life. Since the age of 15, I have played with many lifestyles including raw vegan (about 4 times), paleo, vegetarian, and now I enjoy being a vegan. I have also ate like garbage. I ate candy every day until I was 14 and diagnosed with cancer. At 15 I learned what foods actually did to my body and went raw. However, no lifestyle “stuck” for me until now.

I consider myself a 50% raw vegan. As I have come to realize, my body temple is made of the earth and the stars, and so by putting nutrition in my temple that is picked directly from the earth, my temple feels stronger and more energetic. AT THIS POINT IN TIME, 50% raw vegan works for me physically, mentally, and spiritually.

What I’d like to tell all my vegan friends is…you weren’t always vegan!!!! 🙂 I was not always a vegan! I did not always have the desire to be vegan nor did my body thrive from being vegan at times! What this leads into is…let go of judging others based on their nutritional preferences!

All of my vegan friends say, “Well when you eat meat you are taking a life! You are making our animal brothers and sisters suffer!” And as much as I agree with those statements, YOU did not always possess that outlook. You did not always understand what was happening at slaughter houses. You did not always understand how much the animals were suffering. I say this because the lack of compassion vegans have for meat-eaters is what is causing many people to continue to eat meat! What you resist persists!

As a vegan, you have come to a point in the evolution of your soul that hurting another being no longer is justified so that you can eat it…I understand that. But to force another to be where you are just because you are there, is taking away from the other person’s soul expansion. Do you see that? You can’t force a meat-eater to stop eating meat, just like you can’t force a baby to walk. People must make a conscious decision to change and then take action to make that change. By having a long-haired, hemp-wearing person yell at them because they eat meat does not help them understand WHY it may be beneficial to go vegan. Nor is it a very positive example of what being vegan is about.

Also, how do you KNOW without a question of a doubt that veganism is right for everybody? How do you KNOW that is what the Creator wants at this time?! All you know is what is right for YOU at this time! You don’t know that each time an animal is killed their soul expands based upon the suffering they experienced and can reincarnate into a more peace-full form. You are getting lost in the physical and not recognizing that there is so much more expansion that is going on spiritually.

“Do not judge, or you too will be judged. For in the same way you judge others, you will be judged, and with the measure you use, it will be measured to you.” ~Jesus

All My Love,
Zach IAM

5 thoughts on “Message To All The Vegans”